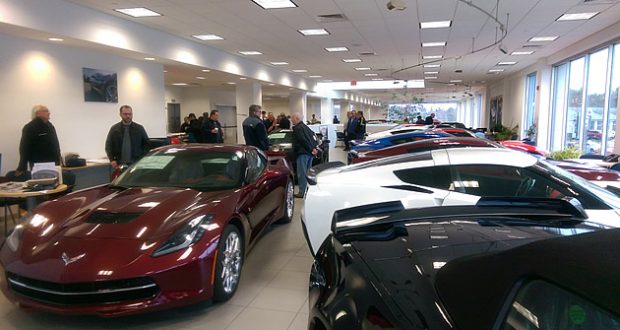 With the introduction of the 2017 Corvette Grand Sport, nicely slotted in between the base model Corvette Stingray and the Corvette Z06, we're confident that Corvette sales will again pick up with a lot of interest that we've seen in this new model at MacMulkin Chevrolet!

With the introduction of the 2017 Corvette Grand Sport, nicely slotted in between the base model Corvette Stingray and the Corvette Z06, we’re confident that Corvette sales will again pick up with a lot of interest that we’ve seen in this new model at MacMulkin Chevrolet!

GM has grown retail deliveries year-over-year every month since April 2015 and retail sales during the last 12 months were up 9 percent, more than double the industry’s 4 percent increase during that timeframe. Chevrolet was the fastest-growing full-line franchise in the U.S. industry in 2015 and holds that honor again so far this year, based on R.L. Polk retail registrations. Chevrolet had its best April for retail sales since 2006.

Through the first four months of the year, Chevrolet retail sales are up 9 percent. The all-new Malibu is having a major impact, with retail deliveries up 53 percent year to date and 45 percent in April. According to J.D. Power PIN, Malibu has nearly doubled its retail share from 5 percent in 2015 to 10 percent year to date. In addition, the new Cruze is beginning to arrive in dealers showrooms.

Buick has grown retail registrations faster this year than all but one other major brand, according to R.L. Polk, and posted a 13 percent year-over-year gain in April. Year to date, Buick retail deliveries are up 10 percent.

“GM’s retail growth over the last 12 months has outpaced the industry by a wide margin because our redesigned large pickups and SUVs are hits, we made smart investments in new segments like small crossovers and mid-size pickups, and our momentum in the car business is accelerating with each new model introduction,” said Kurt McNeil, U.S. vice president of Sales Operations. “GM bucked the industry trend with flat year-over incentives, we are managing with lean inventories and our Commercial and Government fleet business is growing.”

Looking ahead to May, GM expects to continue executing its retail-focused sales plan, and maintain disciplined inventories and incentives. The company’s deliveries to daily rental customers, which are less profitable than retail deliveries, are expected to be down approximately 18,000 to 20,000 units, year over year, which will make May the largest single-month decline of 2015-2016. Calendar year to date through April, GM’s rental deliveries are down more than 61,000 units from a year ago, as planned.

April Retail Sales and Business Highlights vs. 2015 (except as noted)

General Motors Co. (NYSE:GM, TSX: GMM) and its partners produce vehicles in 30 countries, and the company has leadership positions in the world’s largest and fastest-growing automotive markets. GM, its subsidiaries and joint venture entities sell vehicles under the Chevrolet, Cadillac, Baojun, Buick, GMC, Holden, Jiefang, Opel, Vauxhall and Wuling brands. More information on the company and its subsidiaries, including OnStar, a global leader in vehicle safety, security and information services, can be found at http://www.gm.com

Previous: [VIDEO] How to use the C7 Corvette Navigation System
Next: May 2016 – New Corvette Incentives for 2016 Corvettes! 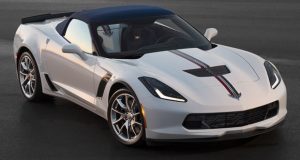