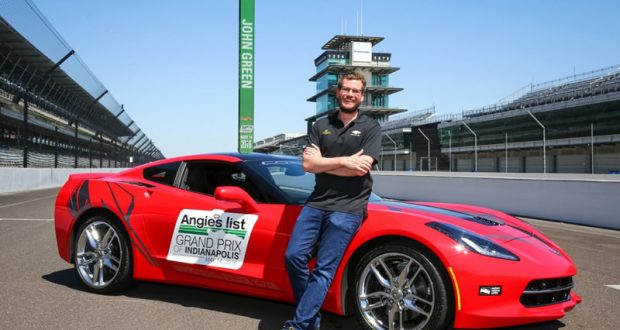 Award-Winning Writer to Lead Field in a Corvette Stingray Coupe

INDIANAPOLIS – Acclaimed young adult fiction author and Indiana native John Green will serve as the honorary pace-car driver in a 2016 Chevrolet Corvette Stingray Coupe for the Verizon IndyCar Series Angie’s List Grand Prix of Indianapolis at the Indianapolis Motor Speedway on Saturday, May 14.

“This is such an honor to be chosen to drive the pace car at one of the most iconic race tracks in the world – which just happens to be in my backyard,” said Green, whose debut novel, Looking for Alaska, won the Printz Award, given annually for the best book written for young adults, in 2006. “I’m looking forward to driving on the same track as so many of the greatest drivers in the world.”

Green’s sixth novel, The Fault in Our Stars, debuted at No. 1 on The New York Times Best Seller list in 2012, and the film adaptation opened at No. 1 at the box office in 2014.

“It’s great to have a legendary author and a member of the Indianapolis community selected to drive the Corvette pace car for the Angie’s List Grand Prix of Indianapolis,” said Jim Campbell. “John will help kick off an exciting three weekends of action at the famed Indianapolis Motor Speedway.”

The Torch Red 2016 Chevrolet Corvette Stingray Coupe features the Z51 Performance Package, highlighted by the LT1 V-8 engine, which is rated at an SAE-certified 455 hp and 460 lb-ft of torque. The 2016 Chevrolet Corvette Stingray Coupe can go 0-60 mph in in 3.8 seconds – 3.7 seconds with the eight-speed automatic transmission – and can run the quarter-mile in 12 seconds at 119 mph, while the Corvette’s chassis and suspension features contribute to 1.03g in cornering grip and stopping from 60 mph in 107 feet.

The 2016 Chevrolet Corvette Stingray Coupe required no performance modifications to serve as pace car. The only modifications made were the additions of the light bar and fire extinguisher.

Chevrolet has a long history of pacing races at Indianapolis Motor Speedway, dating back to 1948.

A Chevrolet also will pace the 100th running of the Indianapolis 500 on May 29. 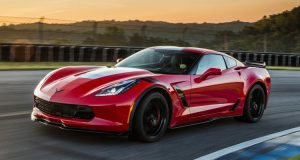 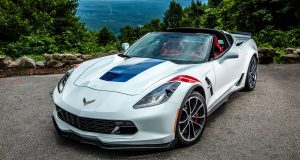