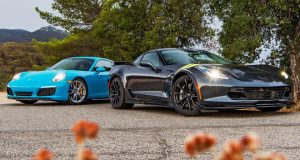 The Corvette and Porsche have been going head to head for decades now and usually the Porsche has always come out on top in one form or another.  That long reign of power and handling over the Corvette may have just come to a final end. Motor Trend recently pitted the 2017 Corvette Grand Sport against Porsche’s new 911 Carrera ...

END_OF_DOCUMENT_TOKEN_TO_BE_REPLACED

2018 Corvette ZR1 Test Mules Takes a Bow for the Camera 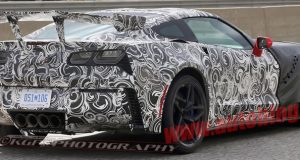 The spy shots of 2018 Corvette ZR1 test mules with different rear wings continue to pour in from around the country and these are some of the best ones we’ve seen. The first thing you’ll notice is that massive rear wing on one of them and how high it sits up behind the rear hatch.  We can’t help but wonder ...

END_OF_DOCUMENT_TOKEN_TO_BE_REPLACED 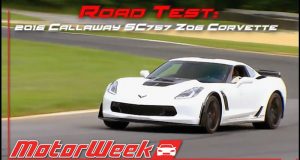 As of right now, the Z06 sits atop the stock Chevrolet Corvette horsepower heap. But even though it breached a whole new level of performance for Corvette; it wasn’t enough for the folks at Callaway cars. So of course they’ve worked their typical magic and brought us this 757-horsepower beast! So let’s see how it runs. It’s true the 2016 ...

END_OF_DOCUMENT_TOKEN_TO_BE_REPLACED 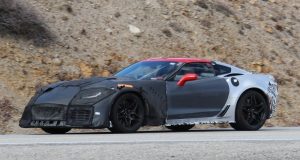 Once again, spies have captured the 2018 Chevrolet Corvette ZR1 testing in the field Monday, giving us an early look at what appears to be some aggressive styling on tap. This particular mule appears to retain the Z06’s side ventilation and rear brake cooling ducts, however whether or not those are kept for the ZR1 remains to be seen.  What ...

END_OF_DOCUMENT_TOKEN_TO_BE_REPLACED

The Chevrolet team is excited to announce ordering and allocation details for the 2017 Corvette Grand Sport Collector Edition (RPO:Z25). To allow you to set expectations for your customers, an estimated production guide number for the 2017 Grand Sport Collector Edition will be posted in the Corvette section under the “Product” tab of GMPrograminfo.com on Wednesday, September 21, 2016. The ...